How did Coffee become such a popular Beverage?

Coffee is regarded as one of the world's most popular beverages with more than 825 billion cups being consumed each year but guess what? It may never have happened if any of the key historical events above had not each played their part in bringing it about. 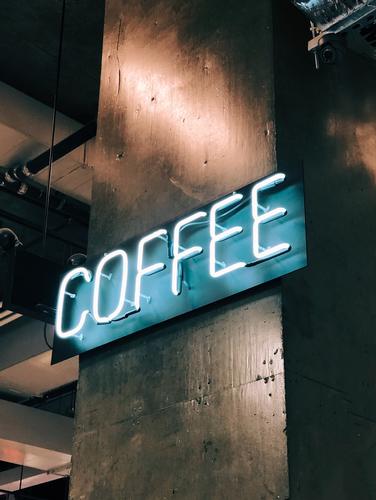 Coffee became a popular global beverage due to a series of unique historical events. These events built one upon the other to eventually create what we have today, where now coffee is the 2nd most traded product in the world, beaten only by oil. So, how did it happen? Well at MF Coffee we’re here to find out.

Firstly, we have to look at its discovery. In the 600’s the legend claims that coffee's discovery began by the goat herder Kaldi in Abyssinia, which is contemporarily known as Ethiopia. Then, 400 years later in Avicenna, Muslim physicians and philosophers, and other Arabian physicians began using coffee, which they call ‘bunchum’, for its medicinal properties. It wasn’t even until the 1200’s where the Turkish people discovered the flavour enhancements achieved by roasting the coffee beans. Unsurprisingly, cultivation had to be adopted, which was done by Yemen in which they began to sell the coffee to Arabian traders. This introduction of the trade then led to the concept of actual coffee shops in 1453 which opened in Constantinople, later called Istanbul. Coffee, therefore, as a beverage, continues its journey to commercialization in Europe.

Due to the increasing popularity of coffee in the 1600’s, Pope Clement VIII baptizes coffee drinking, making it an acceptable beverage for Christians. Coffee's future is then secured with the two greatest religions in the world accepting its consumption. Undoubtedly this solidified acceptation of coffee led to Indian cultivation where in 1650 a Muslim pilgrim from India named Baba Budan was the first to sneak some fertile seeds out of Arabia and into India. Coffee then spread to England, France and Holland in the late 1600’

By 1714 the Burgomaster of Amsterdam gave King Louis XIV of France a seedling coffee plant from the Amsterdam Botanical Gardens as a gift. In 1720 Chevalier Gabriel Mathiew de Clieu, removed a coffee plant from the King's glass house and took it with him to Martinique in the Caribbean. He established a plantation in Martinique that eventually became the source for 90 percent of the world's coffee plantations. After all this, coffee simply expanded to all parts of the Americas. By the time it reached the United States, consumerism had spread worldwide and created coffee into a phenomenon. TV basically does the rest, the arrival of TV in the 1950's coinciding with coffee's abundant supply, it's global acceptance and innovative products (instant coffee) allows Coffee ads to be generated instantaneously as a way of accompanying itself with the TV experience. In essence, coffee companies + TV + Instant coffee (which you can get from MF Products UK) completes the global phenomenon that is now known as the ‘coffee drink’.

Thank you for reading our Blog.

Your E-mail has been sent. We will be in contact with you soon.

Please refresh the page and re-submit the form.

SORRY
Your content caused an error and your email has not been sent.
Please remove any unusual characters and try again